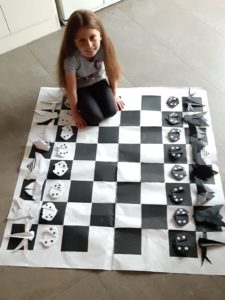 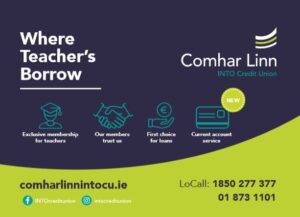 Using chess to educate Irish school children by  supporting teachers and schools.  Moves For Life encourages everyone to play and have fun, and enables teachers to use chess to teach further thinking and social skills. 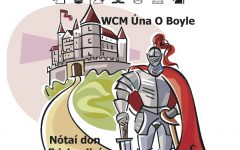 Congratulations to St. Mary’s N.S. Donnybrook who became only the 2nd ever winner of the Cronin Cup. The top teams from the tournament qualified for the semi-finals.

St. Rapheala’s Dublin played against Clairnbridge Galway, the match was a draw 2-2 and St. Rapheala’s progressed on a tie break. In the other Semi St. Marys eliminated last years champions from Craughwell Co. Galway on a score of 3-1.

Galway teams played out the 3rd & 4th placed match, which was a 2-2 draw .. once again Clairnbridge were on the wrong side of the “countback” and Craughwell took 3rd place.

St. Mary’s had their toughest match of the day in the final aganist St. Rapheala’s but after a long match experience and class got the new champions home.

The Shield Competion was for all the teams that did not qualify for the semifinals where other teams continued with their league matches.

In this event St. Rapheala’s continued their impressive play and were 1st & 2nd.   There was a tie for 3rd, and in a blitz play-off match  St. Catherine’s ‘Queens’ defeated Scoil ide’s ‘the Queens’ to take a well deserved podium finish. 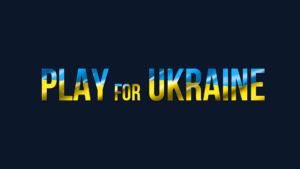 A positive way for Irish kids to help Ukrainian refugees who are arriving in Ireland.

Our chosen charity  is the Assoc. of Ukrainians in Ireland (click here for more info AURI).

Please contact a school or club in your community and ask them to host an event where kids can mix and play sports / games.

To donate go to our GoFundMe page.

Thanks for your support! 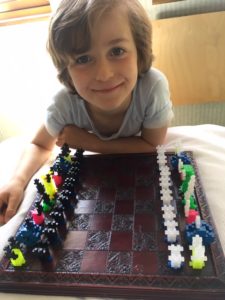 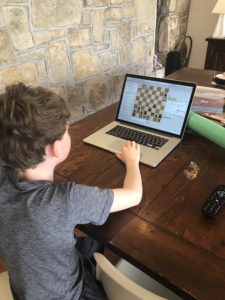 These training evenings are given in partnership with the Education Centre network.